This lady was Mass Teddy’s sister.

Looking closely at her portrait – taken around 1923 – she appears to be a distinguished lady. She looks white but was in fact partially black. When I say partially what I mean is that she carried maybe 5-10% black blood or less. But which parent did she inherit her colour from, was it from her father or mother? I had to find out.

I proved without doubt that her father was 100% white – all will be explained about him in a future blog – This means that Emmy’s colour came down through her mother, who according to handed down family information, was approximately 1/8th black.

I believe that the woman shown in this photograph below, was Emmy’s mother. If you look closely at her features, you may notice that she has a tanned complexion and has what I would describe as frizzy hair. I found this photograph in one of Uncle Cecil’s photo albums at Southfield. What do you think?

Back to Mass Teddy’s sister. Who was she?

She was born in 1885 on the outskirts of Southfield. Her full name was Margaret Emily Hodgson, Emmy for short. Ok, so my 2nd great Aunt was a gentlewoman, but what did being a gentlewoman mean in 20th century Jamaica?

You will no doubt have heard the expression ‘Gentleman’ mentioned whilst watching English period drama’s such as Downtown Abbey or others. But how often have you heard the phrase ‘Gentlewoman?’ Maybe never. This was used as a courtesy title, given to a woman who held a high social position or standing, a woman who came from a good pedigree of ancestors. Interesting….

Emmy and Mass Teddy were each given Southfield lands by their father. Mass Teddy’s land was situated at the higher part of Southfield, which included the ancient Southfield Pen Great House.

Emmy’s land was located at Lower Southfield. She lived at her parents shop at Lower Southfield. Around 1901 when she was just 16, she advertised and sold off her share of land in order to purchase her marital home, Newell Pen with her husband Samuel Elijah Mair. They then jointly owned this property.

Her husband Mass Sam was of an Anglo-Indian appearance, the private son of a clergyman who was also of Indian descent, his partner a Saint Elizabeth woman of English descent. Mass Sam and his wife Emmy eventually went on to have nine children over a twenty year period. Some of these later moved to America, the same destination that some of Mass Teddy’s children had done. The Hodgson’s and Mair’s were close cousins. 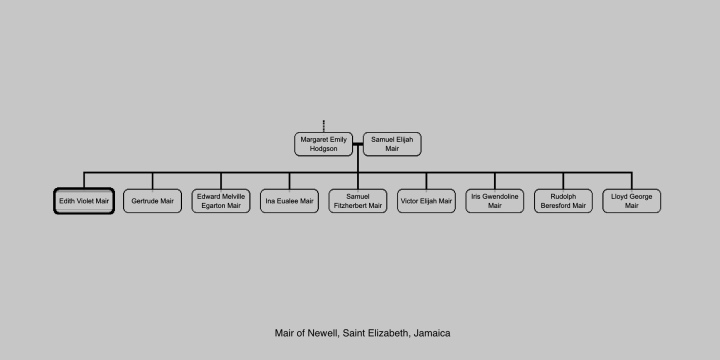 Riding his favourite horse ‘sunshine’ Mass Teddy would ride seven miles from Southfield to Newell to visit his sister. Emmy’s grandaughter, the late Yvonne Bazliel, née Mair recalled to me by email in 2001;

“I remember when Uncle Teddy visited his sister Emmy. He was a short, stocky elderly man with lots of curly white hair, and he wove into the back yard shouting “Emmy!”

“From listening to the servants, my little- girl brain understood that by this time ‘Mass Teddy’ was a very heavy drinker. I also get the impression that he timed his visits when Mass Sam her husband was away from home, though I am equally certain that Grandpa Sam would never have turned his wife’s only brother away from his home”

In the 1930’s Emmy developed severe depression and was put into a nursing home for as long as her husband Mass Sam could afford it. Eventually she returned back home to Newell Pen. She remained un-healed.

World War 2 was in it’s second year and still raging in Europe. Meanwhile at the same time in Jamaica, Emmy was sitting in her chair at Newell Pen when she suddenly reached out for a bottle on the table. She picked the bottle up and began to drink the contents. She immediately realised what she had done and instantly cried out to her husband Mass Sam who quickly carried his wife to the horse and cart family buggy and speedily headed off with her to hospital.

Emmy had mistakenly drank disinfectant and Black River hospital was far away, about 10 miles. It was too late, she died of heart failure on the way to hospital. She was just 56 years old.

Although he loved his wife very much and mourned her loss for years, Mass Sam eventually married again. He died in 1962 and was buried beside his two wives at Newhall Pen.

Another email I received In 2002, from the late Yvonne Bazliel née Mair, a granddaughter of Mass Sam and Emmy. She was born 1929 in Jamaica. Yvonne recalled what she could remember about her grandmother Emmy Mair, née Hodgson

“When I knew her she was a light-skinned plump woman with long black hair, which she wore in a bun. She developed severe depression in her 50’s and was put into a nursing home for as long as her husband could afford it. Of course there was no effective treatment for psychosis in those days.

She then spent many months in our home and I have clear memories of grandma sitting motionless in a rocking chair for hours. Eventually she returned home to Newell.

One day she drank Lysol (poison) and instantly realised what she had done. She shouted out for her husband who attempted to take her in the family buggy the long trip to Black River hospital but died enroute”

Ok that’s all for now, hope you enjoyed reading 1941 – The Gentlewoman. It was fascinating to uncover stories and photographs about the Mair family and their connection to the Hodgson’s. It has been an important addition to our family story. I look forward to telling you more about my Jamaican family soon. Robert Roy Hodgson 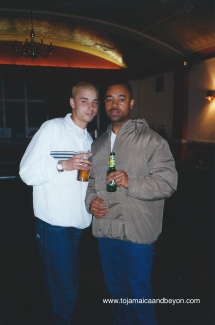 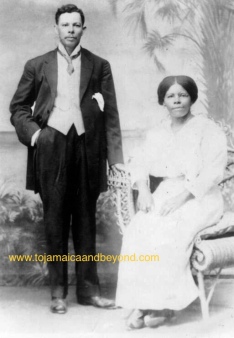 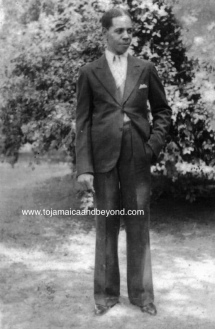 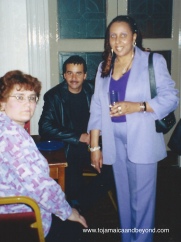 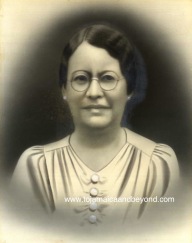 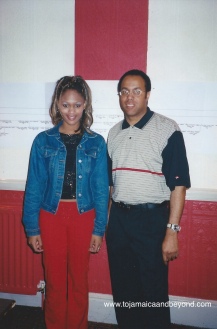 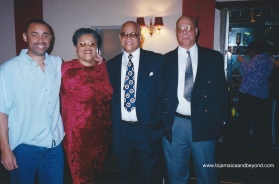 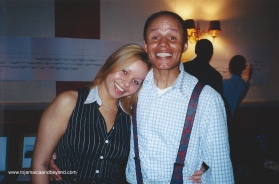 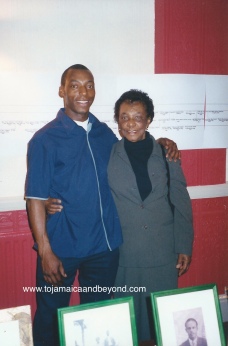 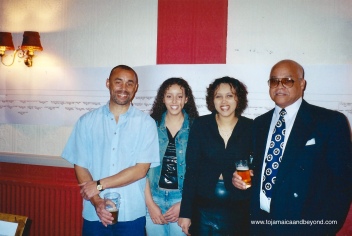 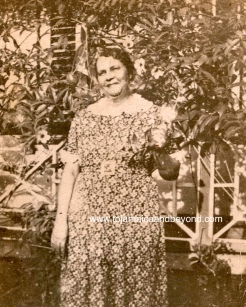 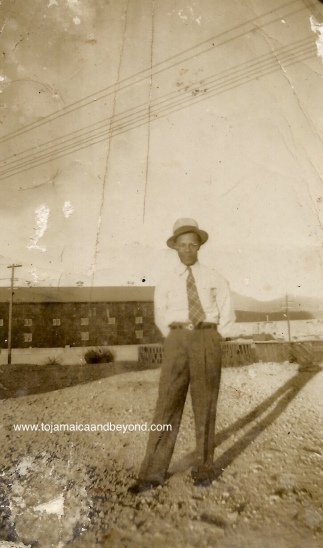